The Soul Crushing Self-Doubt of Writers 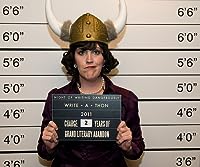 I recently saw a tweet by Kate Danley, one of my colleagues at 47North, author of The Woodcutter. It went like this: “Except for the soul crushing self doubt, being a writer is grand!”

That spoke to me because all authors experience that insidious soul-crushing force. I have followed several NY Times bestselling authors on Twitters and I hang out with enough authors on-line to have seen this theme pervasively. Authors aren’t the only ones who experience it, but it is pretty common among us.

I think it’s time we knock it off.

John Adams once said, “A desire to be observed, considered, esteemed, praised, beloved, and admired by his fellows is one of the earliest as well as the keenest dispositions discovered in the heart of man.” I’m pretty sure it’s the same for women as well. I’m guilty as charged. I love reading positive reviews from my readers. I don’t enjoy reading negative ones. But I’m grateful to receive both kinds. Each review marks a new connection with a reader. I don’t expect that my books will universally appeal to every intelligent human being.

There is research too that shows that negative emotions take longer to dispel than positive ones:

“Every time a business in the service industry creates a negative emotion in the mind of a customer or client, that individual will share his dissatisfaction with an average of ten people before the emotion dissipates. The same research shows that a person who is impressed with a service will share that positive emotion with an average of only three other people at most. Given this situation it’s obvious why negative news travels faster and farther than positive news.” (Success Unlimited, December 1982, Dwight Chapin)

Let’s face the facts. Reading a good review feels great. It’s a big boost to the self-esteem. Sadly, the feeling quickly wears off. Fortunately, it’s the same for the bad reviews too. Those negative feelings wear off too.

One of my creative writing instructors in college warned us all to “Beware the Ogre of Author Pride.” What he meant is that the desire to be esteemed and praised (what John Adams said) would override our ability to receive feedback and criticism and thus help us improve as writers.

My readers know that I collect quotes from the ages. Here are some of my favorite thoughts given by advisors to ancient Roman emperors (and may apply to NY Times bestselling authors as well.)

Since my books really started to sell this year, I’ve had many requests for advice from writers starting out on their writing journey. I’ll tell you what I’ve been telling them. My only advice  is to not listen to advice like mine. If you ask every writer, you will get his or her opinion. There is no secret sauce. There is no magic recipe. Some writers need a lot of time to write a book. Some need very little. There isn’t a right or wrong way to do it. Some have to write 1,000,000 words before they’ve had enough practice (that would be me). Some get it right after the first draft is done. Some writers say you have to edit-edit-edit. Others say you need to outline-outline-outline. None of that advice matters. The way you write will be unique to you. Write what you love. Set aside some time to do it regularly. And learn to banish that Ogre of author pride and accept feedback and criticism to improve.

Now get to work on that next chapter!