I’ve heard the cliche before (no new thing under the sun), but I experienced it recently working on Scourge. I was in the middle of writing a very tense set of chapters, about a terrible lair full of snakes and bad things and the torchlight fading fast. At the same time, I was taking the shuttle back and forth from Folsom to Santa Clara as part of a new-hire workshop I was helping with, and of course brought a book I’ve been meaning to finish reading – Ovid’s Metamorphoses.

Why on earth have I been reading a book that was done around 2,000 years ago? Because I had learned through a documentary (PBS’ “In Search of Shakespeare” – go Netflix!) that Ovid was a huge inspiration to the Bard as a younger man. I was intrigued and wanted to see in what way he was inspired, and saw some of the themes and elements in the stories told within Metamorphoses. For those who like the Percy Jackson series, it’s basically a bunch of Greek legends retold with a running theme of characters being transformed into various plants, animals, snake-haired ladies, and even from girls to boys.

As I was sitting in the shuttle lobby, reading Ovid, I came across many scenes and stories that reminded me of Muirwood. There’s the tale of Atalanta, a girl hunter who was renowned for her hunting and fighting skills and her famous sprints to prevent marriage. There was the magic of Medea and her spells for living a long life through ancient rites and potions. And then the frightening Tisiphone, a Fury, who used snakes to poison the minds of her victims and make them insane. All elements I’ve used in Muirwood.

I guess Ecclesiastes was right. But I can firmly avow that I had thought up all these ideas before ever opening Ovid.

A few favorite quotes from the book:

Thanks again to Emily and Mel for early input on Scourge. It’s hard to read a book 50 pages at a time and have to wait a month for the next installment. I appreciate it!

I also had fun on Friday reading Wishing Lantern to my 2nd grader’s class. That was a treat. 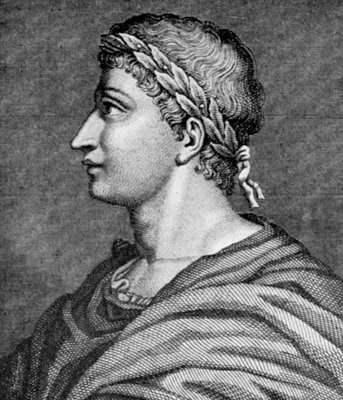